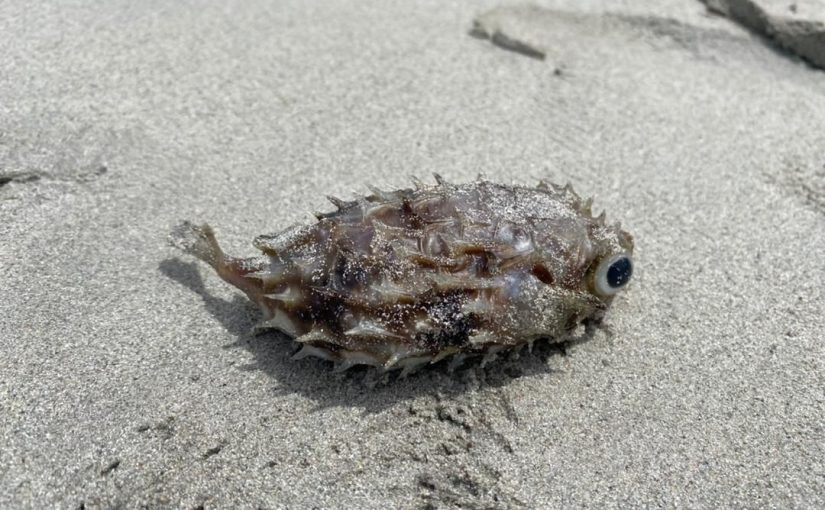 The City University of Mogadishu Marine & Fisheries Institute has been looking into a school of dead pufferfish (local name: Qurumbow) recently found in beaches around Mogadishu. There are a number of possibilities for the mass mortality of these fish including some natural phenomenon, poisonous algae and bacterial infections. What is certain and we wish to communicate to the public is that eating puffer fish meat or consuming turtle meat that eats pufferfish can be deadly to both humans and animals. Hence the importance of awareness of the public on the dangers of pufferfish meat. 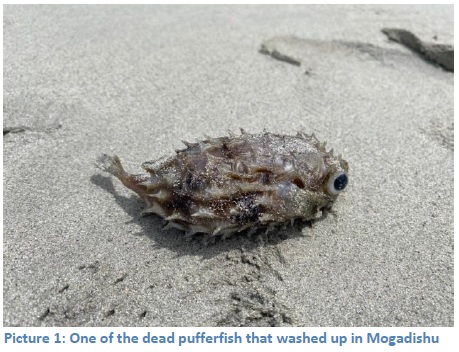 What is particularly interesting about the pufferfish is that it naturally contains a potent neurotoxin known as tetrodotoxin (TTX) that is over a thousand times more deadly than cyanide and can paralyze or kill humans within hours by blocking the transmission of signals from nerves to muscles thus causing paralysis, difficulty breathing and death. Medical professionals should lookout for the different neuromuscular symptoms of pufferfish poisoning including: Headaches, loss of balance, slurred speech, burning sensation and tingling of the lips and tongue, abdominal pain, nausea, diarrhea, vomiting, irregular heartbeat, convulsions and respiratory failure. The Mogadishu municipality and volunteers have done well in collecting the dead fish from some areas which should protect beachgoers, birds and other animals from getting sick or dying of its deadly poison. 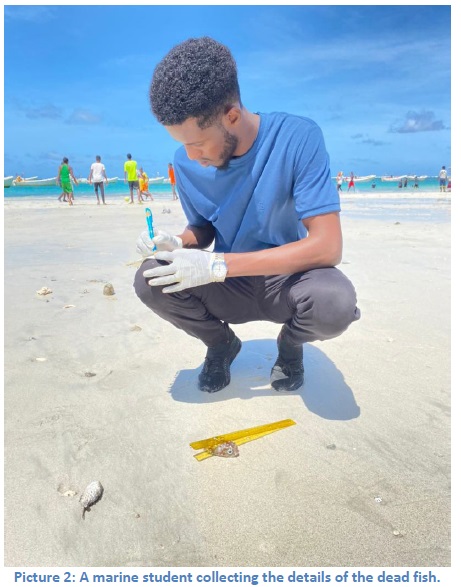 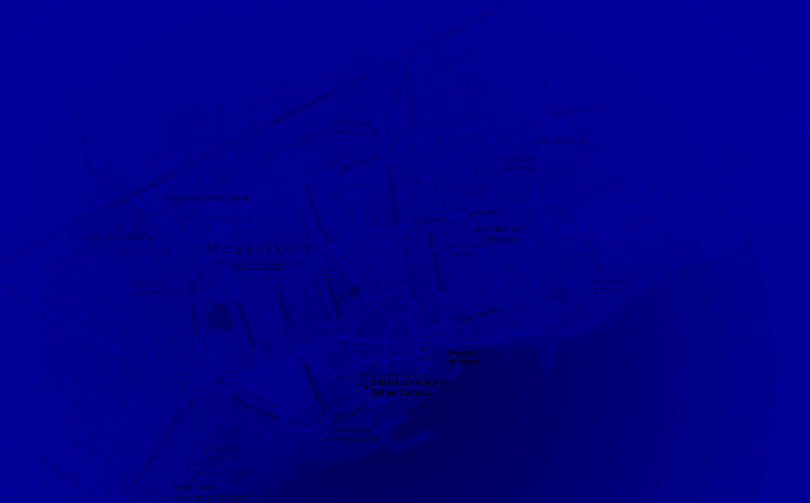